Before heading back to Madrid from the Formula 1 Grand Prix in Valencia, my travel mates and I made a pit stop at Arrocería Duna (http://www.arroceriaduna.es/en/), located approximately 10 minutes inside the Albufera National Park. The restaurant first opened its doors in 2002 and has since developed into an almost 11,000 square foot eatery with spectacular views of white sand beach and crystal blue water. The all-white minimalist and modern motif creates a unique and special setting that was as easy on the eyes as the food was on the stomach. 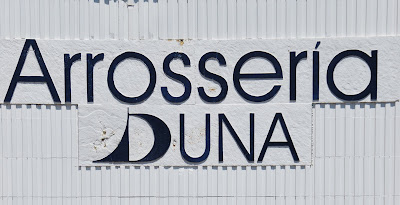 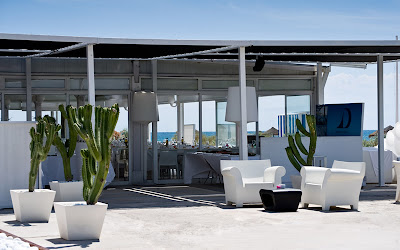 We each selected an appetizer to share at the table followed by two Paellas (more on this later) as the main course. To get things started, we were brought an Ensalada Valenciana (Valencian Salad), Tellinas (Tellina clams), Calamar de Playa (Grilled Squid) and Puntillas (also known in Spanish as Chopitos, or Battered and Fried Baby Squid).

The Ensalada Valencia was spectacular. The colors of the vegetables were so vibrant that it was almost too pretty to eat. Although the Romaine was chopped a little small to the fork's content, it was slightly bitter and crunchy as it should be. All the other veggies, which included tomato, onion, corn and olives, were market fresh, and the egg, tuna and light oil and vinegar dressing provided the final touch. It was the perfect refresher course before the rest of our order poured out of the kitchen. Tellinas came out as the second appetizer. This oval shaped bivalve mollusk is commonly found on the Iberian Peninsula coastline and resembles a standard clam but is slightly smaller. Although each shell contained the tiniest bit of meat, traces of sea water, lemon, white wine and olive oil were ever so prevalent. It didn't take us but three minutes to devour the entire platter, by which time our next plate had already appeared. 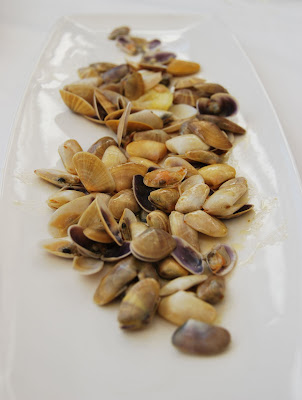 The Calamar de Playa was gorgeous. Presented as florets, the grilled squid was accompanied by a finely chopped mix of zucchini, squash and red and green peppers, all of which were topped off by a Quenelle of soft cheese. Sitting on a black plate, lightly drizzled with olive oil and a sprinkle of Maldon Sea Salt Flakes, the squid tasted every bit as good as it looked. It wasn't tough as often is the case due to overcooking and when eaten with the vegetable medley combined for a rich mix of flavors and textures. 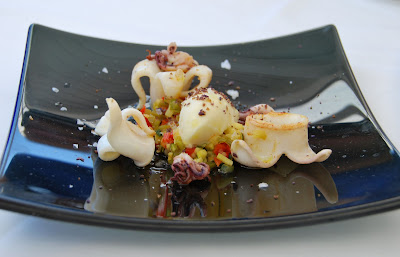 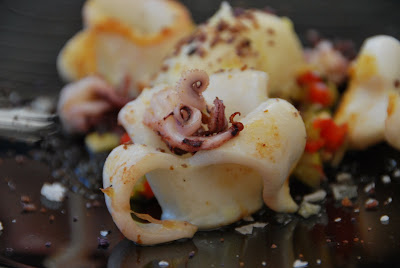 Our final appetizer before the two stars of the show was the Puntillas. More commonly referred to as Chopitos, those served at Arrocería Duna had to be some of the best I have ever had. Many restaurants don't do a good job of cleaning these baby squid and oftentimes you will bite into a grain of sand or cartilage, neither of which is very pleasant. At Duna, the Puntillas were larger than expected but still packed delicious punch. The batter wasn't too overbearing and although fried to golden brown beauty, there was no trace of the oil they had been submerged in. There was no need to ruin the flavor or texture with the sauce that accompanied that platter.

Hungry for more, we were eventually presented with our two Paellas. While many consider Paella the national dish of Spain, it was actually first created in Valencia. The word Paella is Valencian (similar to Catalán) for pan and traces its roots to the Latin word for pan, patella. According to Spanish writer and gastronomer Dionisio Pérez, a true Paella includes eel, snails and green beans, but because Valencia lacked such ingredients, natives turned to local products found in abundance, such as  rabbit, chicken, snails and duck. Paella has continued to develop over time and now hundreds of different varieties are served all over Spain and the world. 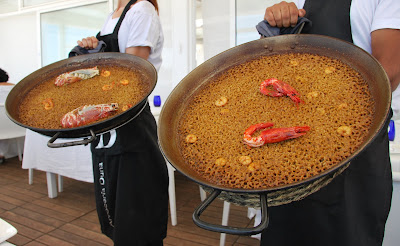 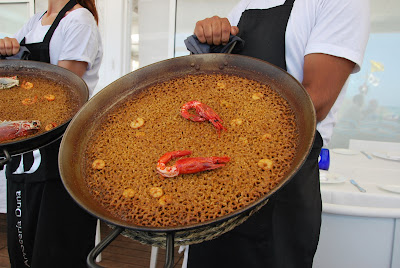 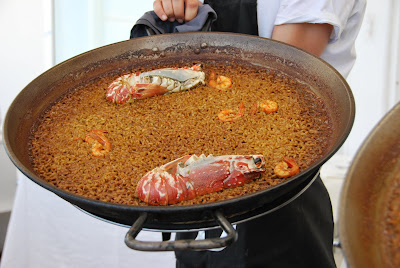 Although Arrocería Duna names theirs Paella, I would consider what we ordered Arroz a Banda, a thin layer of rice cooked in a Paella dish but using fish broth to cook the rice rather than water. Arroz a Banda also sees the seafood or fish eaten on the side of the rice, but for presentation purposes I believe Duna just places the seafood on top. That said, this tired but hungry rabble sat in amazement as we looked at our Paella de los Rojos and Paella de Langosta. Each dish supposedly served two people, but we could have invited a small army to lend us a hand and mouth. 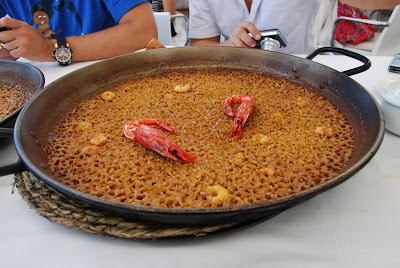 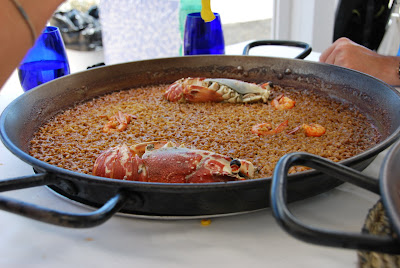 Aptly named los Rojos (the Reds), the Paella de los Rojos was topped with two Carabinero (Red Shrimp/Scarlet Prawn), while the Paella de Langosta (Lobster) was topped with two lobster halves. The meat of each of the shellfish was divine and the rice of each paella outstanding, but the Paella de Langosta outdid its counterpart and was the richer of the two. Getting the rice to look and taste as good as Duna does it is a difficult assignment, but that is why it has enjoyed the success it has over the last nine years. The shades of yellow and orange jumped out at us as we first lay our eyes on the Paella, and once in the mouth, the just-passed-Al Dente rice went down like an angel upon landing. The best part, however, was the toasted rice along the edge, otherwise known as the Socarrat, and there was plenty to be had in ours. Duna sure does know what customers like, and at this rate I am sure they will continue to provide outstanding meals to seafood and rice freaks like me. Buen Provecho! rating: 5/5
Posted by Matt Goltz at 11:39 AM