Time magazine called it "the perfect steak." Vogue food critic Jeffrey Steingarten said it was "probably the greatest steak I've ever eaten." The Guardian listed it as "The Best Place in the World to Eat Steak."  Located 70 kilometers to the Southwest of León lies El Capricho (http://bodega-capricho.com/es), which I had the great privilege of visiting last week. 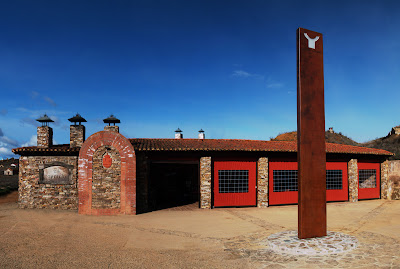 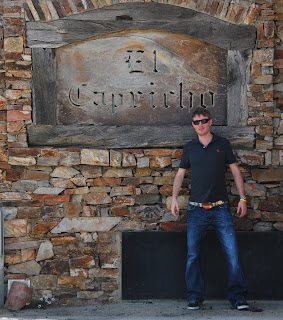 Away with all molecular gastronomy and pretty dishes by Adria, the Rocas, Aduriz, Arzak, Berasategui, etc.  I have yet to visit any of them, but equally deserving of all the accolades garnered is El Capricho. Proprietor and Master Grill Man, José Gordón knows his beef. Usually on the road in search of the best Buey (Ox) on the Iberian Peninsula, which can cost as much as 16,000 euros a head, Gordón kindly showed us around the premises and revealed some of the secrets to his success: Hand-picking the most noble of animals based on the right mix of age, temperament, protein mineralization, fat content and more, followed by the proper aging process of 60-90 days before landing on the grill. 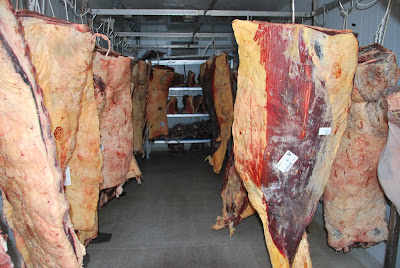 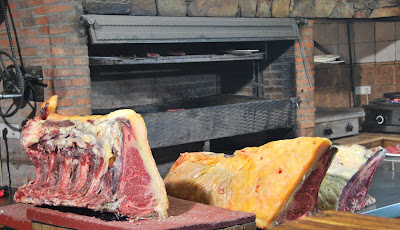 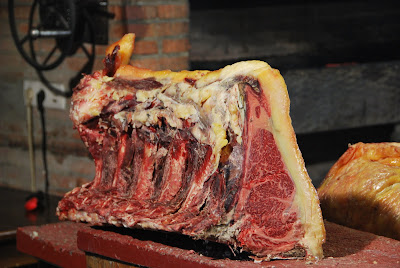 Our El Capricho experience began with a brief detour through the kitchen, where bright red cuts of the 12-year old Portuguese Buey that we would soon be eating sat ready to be sliced and grilled. We were then led through a dark cavelike hallway with tables to each side before reaching our own private underground dining room. 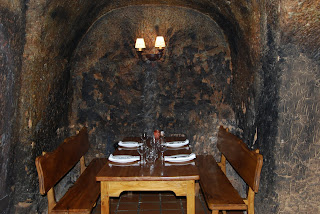 The first of several appetizers was the Cecina de Buey (Cured, air-dried beef) produced in-house. Only 0.8% (8/1000 kilos) of each animal purchased by El Capricho is used to make this Spanish delicacy. Most Cecina you will find is sliced too thick and served too dry, but Chef Gordón has mastered the technique to produce the finest Cecina I have ever tasted. The three-year curing process results in tender, easily pliable cured beef that El Capricho serves in paper thin slices. 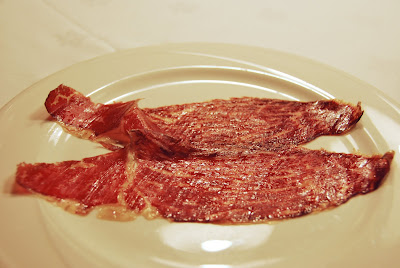 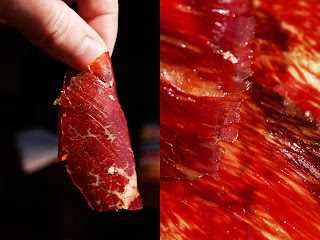 We were then brought two mushroom dishes, the first being Boletus con Foie (Wild mushrooms with foie). The boletus were large, meaty and flavorful, but a tad on the salty end. I wasn't that impressed, perhaps because I am not keen on foie, but everyone sitting at the table was raving. The Boletus were followed by Colmenillas Rellenas al Ajillo (Morels stuffed with shrimp and sautéed in oil and garlic). I found the dish delicious and creative, although we all agreed that the shrimp was too overpowering.  After removing them from the cap, I could certainly distinguish the smoky, earthy taste that Morels are known for. The oil the Morels had been cooked in later made for great bread dipping. 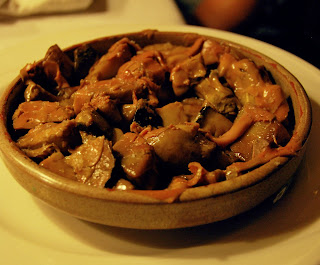 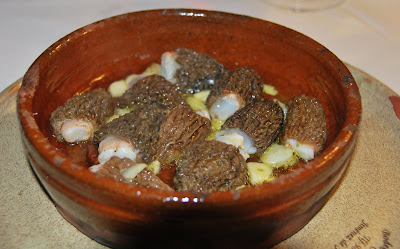 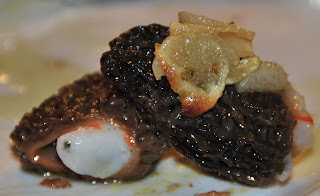 Pimientos Asados a la Parrilla (Roasted, grilled red peppers) and a salad were the final two items on the menu before the main course. The peppers had a fantastic roasted taste and weren't doused in garlic as so often is the case in Spain, but they were a little on the oily end. The salad, meanwhile, combined locally grown lettuce, onion, red peppers and tomatoes and was topped off with black olives and homemade balsamic vinaigrette. El Capricho used the perfect amount of dressing and the salad was by far one of the freshest and zestful I have ever had. 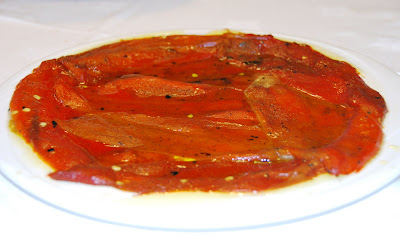 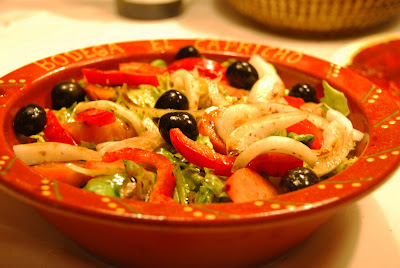 The moment we had all been waiting for finally arrived. What weighed in at about 2.8 kilos (6.2 pounds) of Chuleta de Buey (cut of ox) was wheeled into our private room and sliced by Sous Chef Vanessa. The meat was served rare and simply spectacular to all the senses. 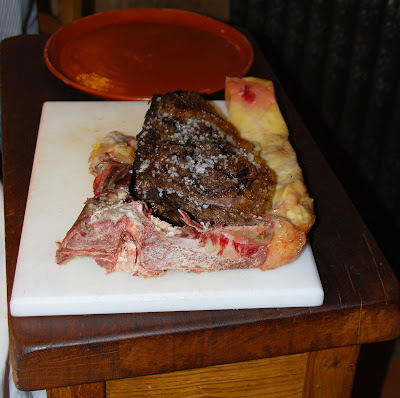 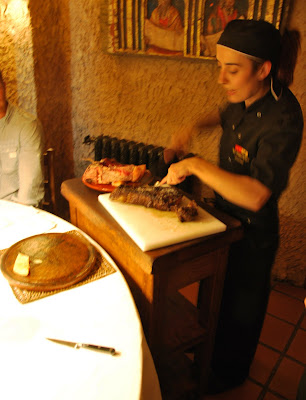 The slivers of the 12-year old Portuguese ox were lean, beautifully marbled and just melted in the mouth. With room for more, we ordered another Chuleta that weighed in at 1.4 kilos (and cost almost 100 euros). Although the portion was literally the next cut on this particular ox, it was even more flavorful and tantalizing than the first. Rather than serving it straight from the cutting board to our plates, Vanessa let it sit on an earthenware platter that had been rubbed down with fat that had been cooked and removed from the same cut of meat. No words can do the flavor justice. The most wholesome of beef at its very  finest. God speaking to us through food. Absolutely exquisite. 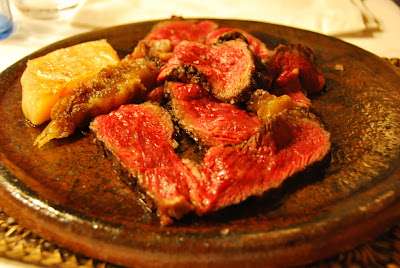 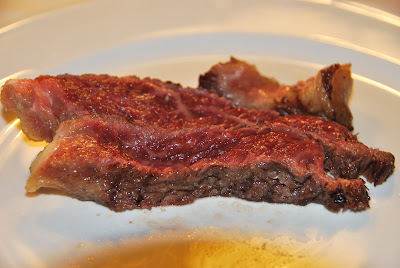 If you decide to visit El Capricho, I recommend ordering a la carte and skipping over most starters. Order one side dish such as the salad, but stick to the beef and pay no attention to the price. The only downside of our meal was the rookie waiter who looked after us, but by taking him out of the equation I would describe my El Capricho dining experience as one of the most thorough and transcendent yet. Buen Provecho! rating: 5/5
Posted by Matt Goltz at 8:27 AM